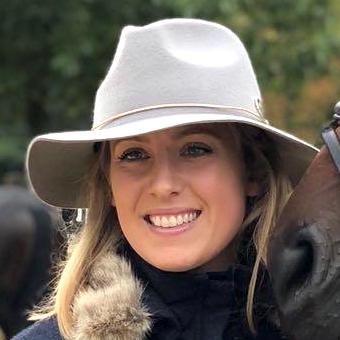 Based at home on the Welsh Herefordshire border with an up and coming team of 10 horses. 2015 3* European Champion on self produced mare Dolley Whisper, together they went on to represent GB at 4 Nations Cup events including an individual podium finish and three team podium places. As well as being successful on the ERM circuit in 2016. Franky now brings forwards another self produced mare My Squire De Reve who aged 9yo is just starting out at this 4* level.