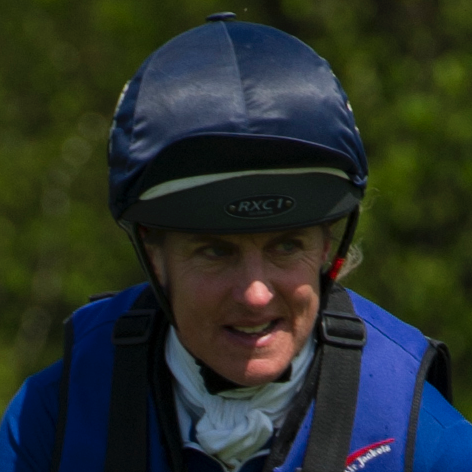 Tina is a Team GBR stalwart. An Individual Olympic medal sits at the top of a huge pile. An extraordinary mother of two who delivers every year at the highest level.

Tina was born in Rustington and is the daughter of the four times British jump racing Champion Jockey, Josh Gifford.  Riding Miners Frolic, she won bronze medals in both the individual and team eventing at the 2008 Summer Olympics in Beijing. In 2009 she became double European Eventing champion, again with Miners Frolic, in both the Individual and Team competitions at the championships at Fontainebleau in France.

Her achievements prior to the 2008 Olympics included winning gold medals at the 1994 World Equestrian Games in The Hague and the 1995 and 1999 European Championships.

Tina was part of the silver medal winning team at the 2012 Summer Olympics in London. She was then picked for the team in the 2014 World Equestrian Games with her homebred horse De Novo News. This was the horse's first championship in which they helped to win team silver.

Tina has been a stalwart of the British team over the years and riding Billy The Red was a member of the team who won Gold at the 2017 European Championships.  In 2018, again with Billy The Red, she rode as an individual at the World Equestrian Games in Tryon finishing 9th.

Tina is also patron for the Worthing-based charity, Guild Care.