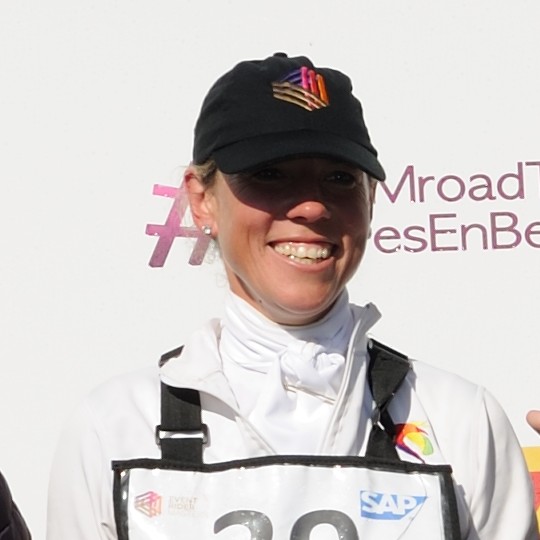 British-born Lucy rides for New Zealand is based in Andoversford.

Lucy was a former member of British Junior and Young Rider Squads and in 1993, aged 15, was the Schools National Champion. She spent seven years (2002-2009) in New Zealand working as a sport physiotherapist along-side eventing. In New Zealand she was in the Talent and Development squad and represented NZ at the Trans-Tasman Games and was long-listed for the 2008 Olympic Games. On return to the UK she set up her own yard in Oxfordshire.

In 2012 she completed Burghley, her first four-star, with two horses, winning the HSBC training bursary as best four-star first-timer with Willy Do (19th) and in 2013 completed her first Badminton with Animator who was NZ first reserve for London 2012. Willy Do gave her a career best when 11th at Badminton in 2014 and although eliminated at the WEG ended the season in second place in the three-star at Boekelo.