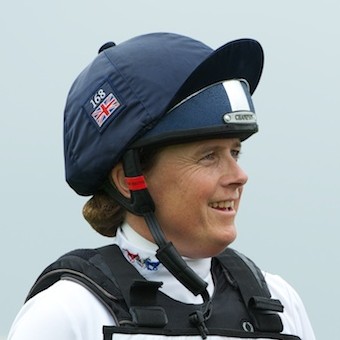 The first rider to ever win the Rolex Grand Slam of Badminton, Burghley and Kentucky in a single year and a writer of childrens books. Married to International show jumper William.

Pippa Funnell won her first National Championship in 1992, since then she has had continued success as one of the world’s leading three-day eventers. Arguably, Pippa’s finest year was 2003, when she won the Rolex Grand Slam to become the first person in history to achieve this considerable feat.

The following year, her tremendous form continued, winning the Blenheim International Horse Trials, for a record fourth time. She followed this by winning a team Silver, and individual Bronze at the 2004 Athens Olympics. In the past decade, Pippa has repeatedly won top level competitions, including Badminton and Windsor.

Away from competing, Pippa is married to fellow show jumper William Funnell, and they run the Billy stud farm together, the largest sporting horse stud in the UK.

Pippa has also released an extremely successful series of children’s books, ‘Tillys Pony Tails’, which has 18 titles released. ‘Tillys Horse, Magic’ followed, which contains another 4 titles. Due to unfortunate injury, Pippa was an insightful, and knowledgeable commentator for Radio 5 Live’s coverage of Show Jumping, and the Modern Pentathlon at London 2012.