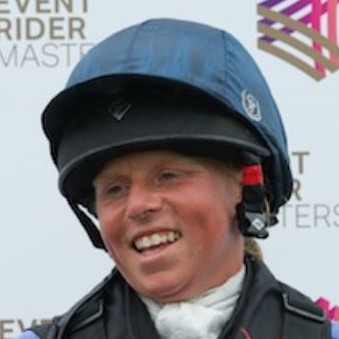 Having enjoyed repeated success at both 3 and 4* level over the last few years, Ros was crowned FEI World Champion after winning both individual and team Gold at the 2018 FEI World Equestrian Games in Tryon, USA. Finishing on their dressage score the pair helped team GBR claim Team Gold at the Champs making Ros and her ride All Star B double gold medalists.

Based in Lincolnshire Ros receives huge amounts of support from family and her home team. Ros completed her first Burghley in 2015 on All Star B (Alby to his friends) where they were best of the British first timers.

Ros’ reputation has gone from strength to strength, with successful outings as part of the Great Britain Nations Cup team and, in 2015, a Land Rover Burghley CCI4* completion riding Caroline Moore’s Allstar B – the pair winning the prize for best British first timers.

2017 was Ros’s best season to date. Riding Allstar B she finished 5th, best Brit and highest placed lady rider at Badminton. This earnt the pair a place on the British team for the European Championships in Strzegom, Poland where Ros finished 5th individually and won a team gold medal.

2018 got off to a great start for Ros with multiple top 5 placings at 3 and 4* and a 3rd at Badminton on Allstar B. The pair went on to cement their place at the very pinnacle of the sport earning their crowns as the new World Champions at the 2018 World Equestrian Games in Tryon, where their result also clinched team Gold for Team GBR. Quite a season!