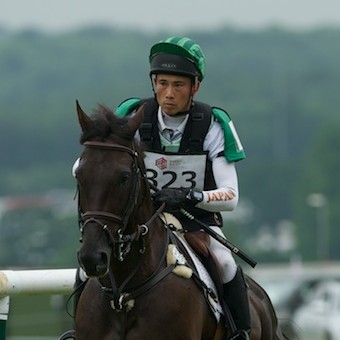 Ryuzo has been based with Angel Tucker in Gloucestershire since the 2014 Asian Games.

He is set to represent Japan as an indiviual at this summer's Olympic Games in Rio de Janeiro. Last year (2015) Ryuzo & Chocolate made their debut at CCI*** level with a double clear at Boekelo and this year completed the CCI*** in Barrocca d'Alva, Portugal. Sponsored by Riding Club Crane who also own Chocolate. The club owns 30 equestrain centres across Japan adn this year celbrate their 40th anniversary.

They own eight event horse in total, all of which are based with Angela Tucker.