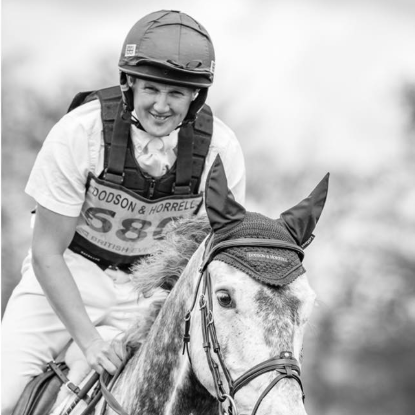 He's got what it takes

Tom's main aim for 2018 was to be selected to represent Team GB at Tryon World Equestrian Games which he acheived with his horse Toledo de Kerser, finishing 12th individually and helping Team GBR win the team Gold.

Tom McEwen has riding in his blood, following in the footsteps of his equestrian parents, Bobby and Ali McEwen. Ali was a frequent face on the show jumping circuit and Bobby is a senior partner at The Valley Equine Hospital in Lambourn. Tom’s sister is Ella McEwen also events and rode for the British Pony Team in 2007 and 2008.

At the end of the 2010 season Tom won Edy Goldman Trophy for the Under 21 rider with the most BE points and was also awarded the Horse Trials Support Group Young Rider Training Bursary.

During the 2011 – 2016 programme it has allowed Tom to receive training, support and expert advice from Yogi Breisner, the Performance Manager for the British Eventing Team.

Tom and Private Rudolf were part of the winning Young Rider Team, achieving Team Gold at the Europeans at Blair Castle. Tom and Dry Old Party also had a fabulous first 4* at Burghley, achieving the best First Time Rider Award.

In 2012 Tom achieved two notable CCI** victories, firstly at Houghton riding the talented Diesel and then at the end of the season taking the CCI** YR on his home produced Rehy USA.

Continuing his great run on Diesel, Tom secured a fabulous CCI3* u25 win at the Bramham International in 2013 and Dry Old Party completed both Badminton CCI4* and Pau CCI4*, finishing 19th and 11th respectively.

2014 saw Toledo De Kerser, a new ride in 2013, make the move up through the grades from Novice to finish a fine 2nd at the CCI2* Young Horse Championship at Le Lion in France.

2016 was a notable year for the McEwen team, in April they moved into Gatcombe Park in the beautiful Gloucestershire countryside, its the spectacular home & estate of the HRH Princess Royal and her family, and also hosts The Festival of British Eventing in August & The Gatcombe Horse Trials in September every year.

Tom Won the Bramham U25 CCI*** on Toldeo De Kerser, whom was also on the nominated entry list for Great Britain as a long listed by Team GBR for the RIO Olympics, clearly Toledo De Kerser & Tom have their sights set on Tokoyo 2020.

Tom was placed 2nd in the Event Rider Masters CIC*** at Blair Castle 2016.

2017 was a good year for Tom, the horses in the main performed to the best of their ability, & have come on in leaps and bounds over the season.  He hit the top 20 in the FEI World Rankings with 18th and sat just outside the top 10 in the British Eventing Rankings in 11th, beaten by his top horse Toledo De Kerser who claimed equal 6th spot in the top horse rankings!

In 2018 Tom and Toledo De Kerser was selected to represent Team GBR at the World Equestrain Games in Tryon and finished a very respectable 12th individually, in doing so helping the team to secure the coverted Gold medal.