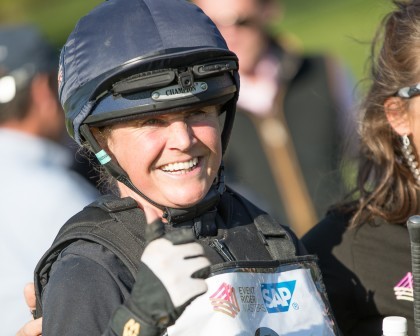 With 50 days to go until the 2019 ERM Season begins, we're taking a look back at the last three years of ERM at the Dodson & Horrell Chatsworth International Horse Trials...

Hosted by the the Cavendish family in the grounds of the stunning Chatsworth House in the Peak District, UK, the Dodson & Horrell Chatsworth International Horse Trials is one of the UK's most prestigious equestrian Events.

Expertly hosting the opening Leg of all three ERM Series so far, Chatsworth is set to do the same again this year when we begin the 2019 Series in the Peak District on 11th & 12th May.

Perhaps the most exciting of the eventing phases, Chatsworth's cross country always has a notoriously difficult time to achieve. We have seen three combinations over the three years do just that and go on to finish on their dressage score. The first came in 2016 when 2018 Series Champion, Chris Burton partnered TS Jamaimo to 6th place overall. The second combination to achieve the time were Ireland's Esib Power and her speedy grey Soladun who finished in 7th place and the third was 2018's Leg 1 winner, Piggy French with the chestnut gelding Quarrycrest Echo.

In fact the average time penalties of the ERM competitors at Chatsworth have been 11.68.