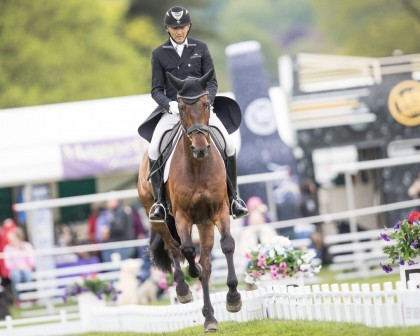 A closet panto participant and keen surfer with the voice of an angel... how well do you know Bill Levett?

1. Bill was born in a small town in NSW Australia and as the youngest of five with four older sisters the local town even celebrated when his mother finally had a son!

2. In his younger days he was a keen surfer and can still ride a surf board pretty well

3. He was a cowboy droving cattle in Oz many moons ago

4. He hasnt always been in eventing. When Bill was younger he worked in racing, foaling race horses including a stint at Coolmore Stud in Ireland

5. He can sing pretty well and has been known to act in Panto!

6. He makes a great gin and tonic

7. He’s the only rider to have ridden the same horse(Alfie) in all his ERM competitions and he finished in the top 10 every year including 4th in the series in 2018