A Gold-Standard Field for Millstreet 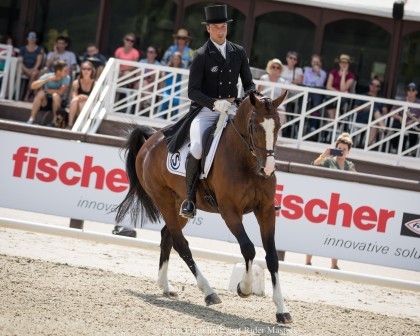 We'll be heading for marvellous Millstreet, arguably the jewel in Irish eventing's crown, for a two-day showcase of the fast, the furious, and the finessed. This is the last chance for our series contenders to bank points before we head into the series finale at Lignieres-en-Berry - but who will rise to the occasion, and who's going to buckle under the pressure?

Tucked away in unspoilt Co. Cork, Millstreet International Horse Trials is widely considered a destination event by the best of the best. Watched over by the spectre of Drishane Castle, the tough track marries traditional questions with technical tests - and a win here will require more than just the luck of the Irish.

The stage is set for an epic showdown of guts and gumption. But the first phase of the competition? Making it through #ERMtheCut, in which our field of entrants is whittled down to the final thirty. Thirty of the biggest stars in the sport of eventing. Thirty riders, and thirty horses, who are determined to put on a show you'll never forget. Here's what to expect.

It's crunch-time now, and our ERM competitors will need to ask themselves if they're in it to win it. With just two events left in the 2019 series, they'll need to be - every point counts now, and nobody can afford to let a single opportunity pass them by.

With current series leader Jonelle Price away, the mice - or her leaderboard rivals, at least - will play. Australia's Bill Levett sits just behind her in second place, and with the incredibly experienced Shannondale Titan by his side, he's got one goal in mind: usurp the speed queen and take his rightful place atop the ERM throne.

To do so, though, he'll need to get past her husband. World Number One Tim Price never allows his competitors an easy win, particularly when he joins forces with his Arville winner, the indomitable Wesko. Nor, though, does last year's Event Rider Masters champion Chris Burton. Can the fastest man in the world pilot his 2018 Blair Castle winner Graf Liberty to the top spot once again?

It'll be a welcome return to the ERM for 2016 champion Oliver Townend, who spent much of the summer sidelined with an injury. Will young gun Ulises earn him a podium place ahead of his Burghley debut?

There's a strong British contingent on the hunt for points and podium placings, and none stronger than former leg winners Gemma Tattersall and Quicklook V and Alex Bragg, who rides Zagreb. They both bring precision and partnership to the table - but can they bring the speed when it counts?

Four of Ireland's finest are amply prepared to fight for the home side. Sam Watson, Sarah Ennis, and Cathal Daniels made up part of the silver medal-winning team at last year's World Championships, but even they could be eclipsed by Esib Power. Tough, determined, and blazingly quick across the country, Esib will be tapping into her racing roots to bypass the competition - and she'll need to, when she comes head-to-head with 2018 Chatsworth winners Sarah Ennis and Horseware Stellor Rebound.

With the best riders in the world - and among them, eight former ERM leg winners - heading up an eight-nation field, the competition is guaranteed to sizzle until its final seconds. There are points, placings, and the better part of £50,000 on the line - and in the Event Rider Masters, it's never over until it's over.

Join us as we start our final countdown. Are you ready?