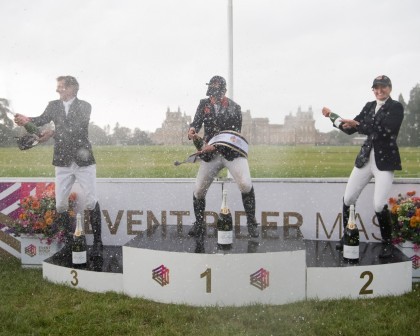 Gemma Tattersall made history at Leg 1 by becoming the first female rider to win a leg. Then, at Leg 5, she produced a remarkable cross country performance clocking just 1.2 time penalties, the quickest in the competition to secure her second win.

“I have enjoyed the pressure that the series has created and embraced it.  Since I left school at sixteen I have been working toward this and it’s exciting to have so many horses able to compete at this level”