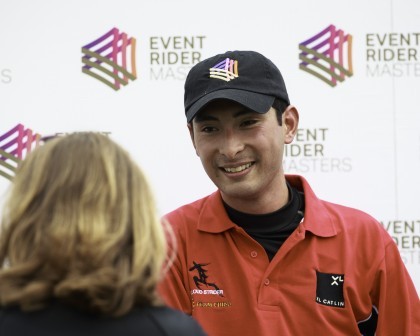 China’s Alex Hua Tian riding Don Geniro, winners of Leg 2 of the 2016 ERM series, is also making the journey from his Cheshire base.  The combination were strong performers across 2016, following their ERM victory they delivered an eighth-place finish at the Rio Olympics, with Don Geniro subsequently being crowned 2016 EquiRatings Horse of the Year in December.  With Alex and Don Geniro having never incurred a cross country jumping penalty in their twenty international performances, they could feature high up on the ERM leader board early in the series again.

“Wiesbaden is a world renowned equestrian spectacle and I am really looking forward to experiencing it.  Don (Don Geniro) is in very good form and we are both ready for the first European leg of ERM. He has been prepared specifically to target the series this year, with one run since Rio, which hopefully has set him up nicely for this weekend”.