Concours Complet D'Arville - The Battle of the Boys 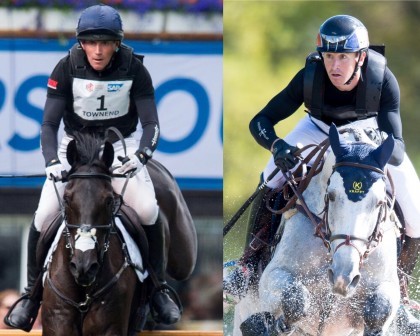 Battle of the Boys Round 3

These two combinations have faced each other twice in ERM history and have scored one win each. On both occasions the other finished in second, they haven't however faced each other since 2016

There was little separating them either times and the battles were ultimately decided by the Dressage, will it be the same again this weekend? We're pretty sure whoever is in front will be hard to beat.

Cillnabradden Evo and Upsilon also both have the highest number of ERM podium finishes with 4 a piece, more than any other horse will both of them make it 5?

There are three riders in the Arville field that are on 2 ERM wins. If either boy wins this weekend then they would make it 3 wins on the same horse. Gemma Tattersall could make it 3 wins on 3 different horses as she rides Chico Bella P here (Quicklook - Chatsworth 2017, Arctic Soul - Gatcombe 2017).