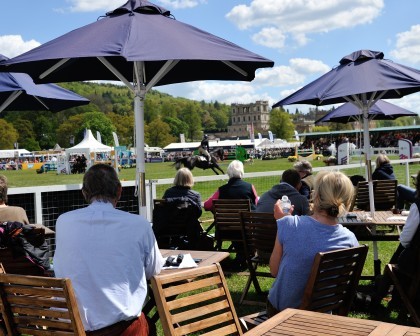 It’s great news for global coverage of eventing competition after an independent media performance audit conducted by SMG Insight reveals an uplift in fan engagement and content value for the Event Rider Masters series in 2019.

SMG Insight’s audit reveals that digital audiences, who watch the series across a number of streaming platforms, are up 23.5% from 2018. Television broadcast of the 8 highlights programs of 2019 reached a ratings audience of 1.8 million people globally and achieved an increase of 72 hours of broadcast time, compared to that broadcasted in 2018. The ERM series continues to blaze trails for fan engagement, with the series’ total social media reach up 100% across all platforms. Global press coverage of the series has increased too, with press readership reach up 147% in 2019. These industry gains represent a windfall for ERM’s commercial partners, who saw the total Gross Advertising Value of their combined partnerships with the ERM increase 16%, from £52.7 million generated in 2018 to £61.2 million in 2019.

But we don’t want this progress to stop here, and so the 2020 ERM Calendar of venues has undergone a facelift. Nothing drastic – a little bit of nip, a little bit of tuck, and an end result that looks even better than ever.

For this Olympic year we have decided to condense and intensify the 2020 Masters season, providing a crescendo of sporting excitement leading into the Tokyo Olympics. ERM 2020 will focus on enhancing the live television coverage of the action, so watch out for further announcements on this in the near future.

The 2020 ERM series debut will take place at Norfolk’s Barefoot Retreats Burnham Market International Horse Trials, a new addition to the Event Rider Masters calendar and a mainstay for the sport’s biggest stars. Leg two will take place at the popular Dodson & Horrell Chatsworth International Horse Trials in Derbyshire, while the third leg will return to the stunning grounds of Arville Castle in Belgium. The 2020 series finale will now take place at the beloved Haras de Jardy fixture on the outskirts of Paris, allowing for a fast-paced and exciting season with a dazzling conclusion just in time for this summer’s Olympic Games.

All four legs results will count towards the Masters Series Title. Series champion for the last 2 years, Chris Burton will be strenuously defending his crown, but there are many top Event Riders keen to take the spoils where over; four months, four events, of 120 cross-country rounds – and every single one will count.