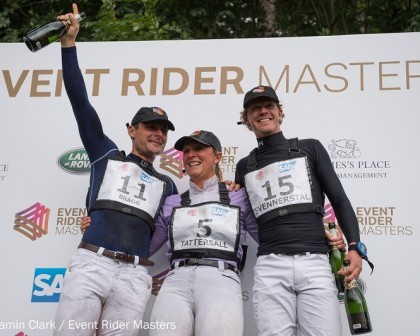 Riding the Soul Syndicate’s former racehorse, Arctic Soul, Tattersall produced a masterclass, with a very quick cross country round. She  jumped clear and added just 1.2 time penalties to finish on a winning score of 53.7. Arctic Soul’s former career on the racecourse was obvious as he ate up the challenging terrain on the cross country, posting the quickest round of the day, which rocketed the pair from eleventh place after the showjumping to victory.

Tattersall also defied the ERM statistics and became the first competitor in series history to sit outside of the top five after dressage to then go on and win.

“I am over the moon.  I thought the two rails we had in the showjumping was going to cost us the win, but Arctic Soul gave me the ride of my life around here today. I think he is the best cross country horse in the world.  It doesn’t matter what the terrain is, he suits any track, he is so versatile and just fabulous”.