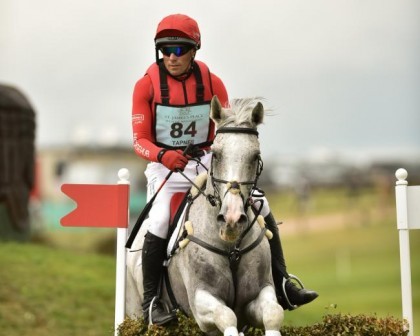 Riding Cillnabradden Evo, who Townend partnered to win the fourth leg at Gatcombe three weeks earlier, the pair were faultless in showjumping to head out on the cross-country in pole position, where they completed an impressive clear round, adding just 2.4 time penalties to win the penultimate ERM leg on a score of 45.2.

Young British rider Tom McEwen, on board Diesel, took second place on the podium on 56.1 with Gemma Tattersall, riding Santiago Bay, in third on 57.7.

Read the full article at: