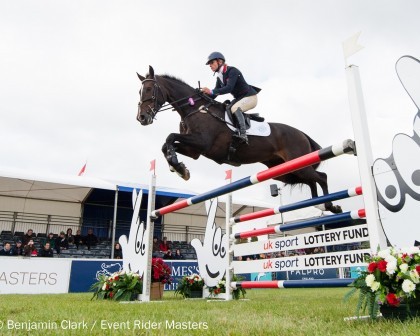 Izzy Taylor (GBR) maintains her lead at the Event Rider Masters series finale with Be Touchable.  They will start the cross country this afternoon at the top of the leaderboard on their dressage score of 35.7, after adding nothing in the showjumping phase.

Australia’s Shane Rose riding CP Qualified also maintains his overnight second after also performing a faultless showjumping round, remaining on their dressage mark of 35.8 penalties.  Oliver Townend moves up the order to third after jumping clear with Cooley Master Class on a score of 38.3.  China’s Alex Hua-Tian and Don Geniro, who held third place overnight slipped down the order to twenty-third after a costly showjumping round adding fifteen faults.

There is less than ten marks separating the top tweleve on the leaderboard heading into the final phase, ensuring a mouth-watering afternoon of cross country action as the series reaches its conclusion.