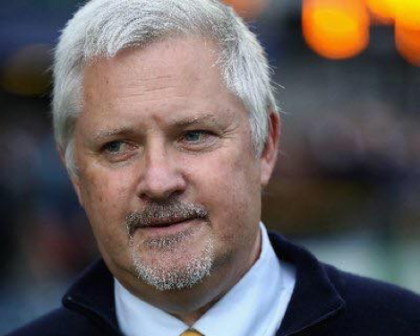 O'Toole has over 25 years’ experience in the sports industry, having been a founding director of Premiere Consulting which became part of WPP Group and Chief Executive of Powerboat P1 in 2007, where he oversaw the operational management of seven Grands Prix of the Sea. He took up the same role with World Match Racing Tour, the global match racing series for professional sailing.

O'Toole subsequently held senior roles at London Irish Rugby Club and had an eventful three season stint at Aviva Premiership club Worcester Warriors which saw one promotion and two successful battles against relegation in his tenure as CEO.

“Jim brings very relevant experience in growing international series and joins us at a very exciting point in our journey. He will add value to our event experience in leading our team of proven equestrian experts and work with our board to solidify our commercial proposition to sponsors and partners.”

O’Toole, who takes up his appointment with immediate effect, commented:

“The Event Rider Masters series has made a real impact in its first two full seasons, capturing the sport in the most exciting way possible and building an impressive audience via livestreaming and television highlights packages. It offers an excellent fan engagement platform and a content-rich fan experience.  I look forward to working with the team to further develop a robust commercial proposition for partners and venues”