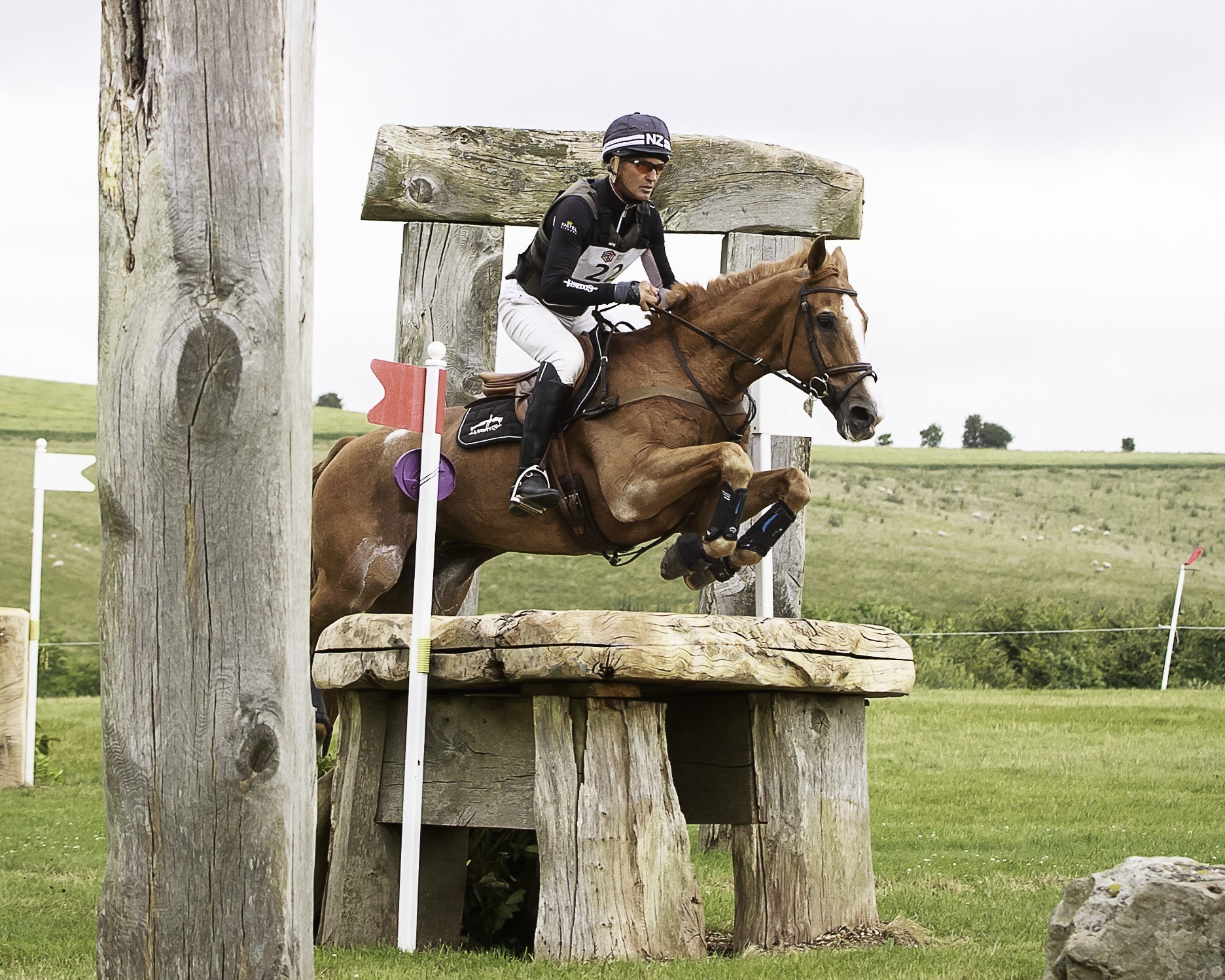 Cross country afternoon at The St James’s Place Barbury International Horse Trials proved to be the exciting finale we anticipated with the podium constantly changing and the on board vehicle cameras clocking top speeds of 30mph by four combinations in the galloping part of the course.

Event Rider Masters has been a series full of records and Leg 3 was no exception as Andrew Nicholson aka the ‘King of Barbury’, retained his crown and took the spoils after a faultless cross country phase on Deborah Sellar’s experienced Nereo.  Andrew broke his own record in collecting a fifth consecutive CIC3* title at the venue and talking to the press he said “I really felt the big atmosphere out there today, but this is why I do it, for the people who support me and to win the first ERM class held at Barbury is extra special.  A massive thanks goes to my team and family, who had it tough when I got injured, being the patient was the easy part.  Nereo adapts himself with whatever he has to do and I am thrilled he has eventually won this class".

Paul Tapner sat in the top spot on the podium for some time after his speedy cross country round on Yogi Bear, but just couldn’t hang on to his seat and eventually finished second on a score of 44.2. Talking to Alice Plunkett Paul said “we had one hairy moment at the Stonehenge complex when Yogi slipped, but it was great fun out there!  Being on the ERM podium has been a main aim for me this season, so I am very happy.  Our Olympic team gets announced tomorrow (Monday 11th July) and we will have to wait and see what happens.  Gatcombe, is the next ERM leg and I will certainly be there, if I am not in Rio”.

Taking the third spot on the podium was Team GBR’s woman of the moment, Gemma Tattersall.  Riding the relatively inexperienced Santiago Bay she again proved her class in the jumping phases adding nothing to their dressage score of 44.4.

With three legs down and three to go the competition for the £30,000 leading rider prize is really heating up and Gemma’s third place here elevates her to lead the standings with 66 points.  Paul Tapner moves up into second with 63 points and the Leg 1 winner Astier Nicolas sits in third with 59 points.

Don’t forget if you missed any of the weekend’s action you can Watch Again here on www.eventridermasters.tv and tune in for Leg 3 from The Festival of British Eventing at Gatcombe Park on Saturday 6th and Sunday 7th August.