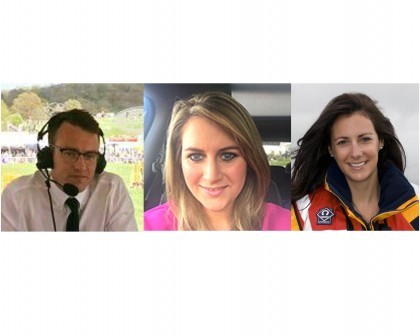 We are delighted to announce our 2018 Talent Team! With years of experience spanning a plethora of sports and the top stats pros on board, we think we've landed ourselves the A Team!

Studio Lead: Nicole Brown
A well-known commentator at BE National events and ‘the voice of ERM’, Nicole joined us in 2016 and has since enjoyed sharing the BBC Burghley mic with the late great Mike Tucker. Nicole is a self-confessed eventing nerd and when not working, she can be found behind her iPad researching, learning and generally fan-girling.