The Event Rider Masters Returns to Arville Castle for Leg 3 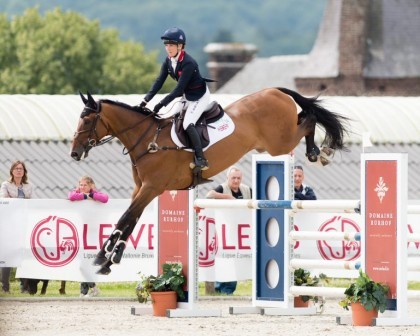 The Event Rider Masters next heads to Belgium for Leg 3 of the 2019 series at Concours Complet D’Arville, where the action will take place amidst the rolling hills and expansive woodlands of the family estate of Guillaume de Liedekerke. Which horses and riders will take on the challenge of Rüdiger Schwarz's cross country course? We are thrilled to reveal the riders who will compete in Leg 3.

All eyes will be on New Zealand power couple Tim and Jonelle Price, who are bringing two Luhmühlen CCI5*-L winners in Wesko and Faerie Dianimo, respectively. Tim is also in red-hot form coming off the back of a Luhmühlen win with Ascona M, a mare he competed in the ERM previously for 10th at Barbury 2018 and second at Blenheim Palace 2017. Both Tim and Jonelle are still hunting for their first ERM leg win.

Twenty-two combinations representing seven different nations: Who will top the podium for Leg 3? Watch live and for free on www.eventridermasters.tv on Saturday 22nd and Sunday 23rd June. The full starting list will be available here.