Tight at the top for series podium positions at series finale 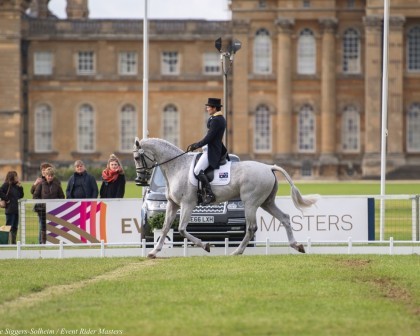 Shane Rose (AUS) and CP Qualified sit just 0.1 of a mark behind the dressage leaders, Izzy Taylor and Be Touchable, on a score of 35.8.  This weekend Rose will be aiming for back to back ERM wins, after he topped the podium at leg 6 at Blair Castle last month.

Commenting on his intent to shake up the final series standings, Rose said;

“I am a competitive person, we came here to do well and I am going to try to do just that.  At the start of the season we were just getting ready so had a slow start, but it’s now time to catch up.  CP Qualified likes this type of ground and I think the cross country course will suit him tomorrow. He feels fit and ready to run”.

“I can’t tell you how happy I am with Don Geniro.  We have had a cold season with him, he has so much potential but has been frustrating.  Today was the first time this year that I started the dressage with Don and thought we are on and I felt I could ride him through the test, rather than defensively.  I am delighted”.