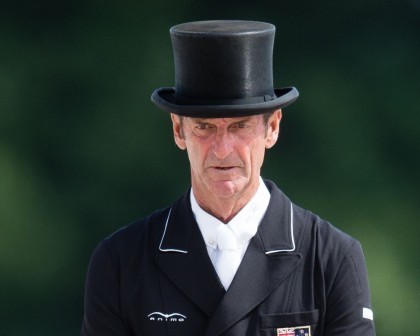 The former double Olympic champion Sir Mark Todd (NZL) holds third place on the ERM leaderboard on 69 points.  This weekend he rides Kiltubrid Rhapsody who he finished fourth with at Leg 5.    Todd has reversed his 2016 series form this year, securing top ten finish’s in three legs including third place on the podium at Leg 3.   The FEI rider of the 20th century is renowned for delivering under pressure, and if he secures a spot on the podium he could leap up the leaderboard and set up a scintillating series finale.

“I’m here to do the best I can, and if that means winning this ERM leg then that’s great.   Last year I was disappointed that I didn’t feature in the series and it’s been a huge relief that this year has been much more successful.  I would be delighted to win this weekend with Kiltubrid Rhapsody but with the level of competition that the ERM series produces it’s not going to be easy”.