Townend scoops back to back wins 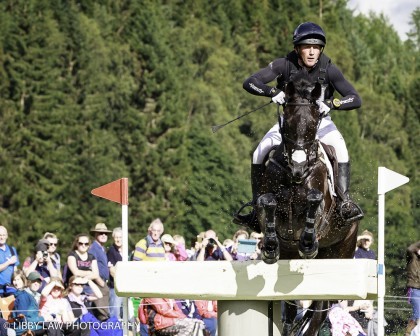 Britain’s Oliver Townend became the first dual winner of the Event Rider Masters today when winning the fifth leg of the series at The Blair Castle Equi-Trek International Horse Trials. Riding Cillnabradden Evo, who Oliver partnered to win the fourth leg at Gatcombe three weeks ago, the pair completed an impressive clear jumping round adding just 2.4 time penalties to win the penultimate leg on a score of 45.2.

Oliver, clearly now in the hunt to try and win the overall ERM series, has Cillnabradden Evo entered for the finale leg at Blenheim Palace International Horse Trials on 10th-11th September and commented; “He is a deceptively quick horse, who has a bit of chequered history with the cross-country, but we have worked hard on that and hopefully turned a corner.  I couldn’t be happier for the horse and his owners today. We will certainly be at the ERM final at Blenheim, looking to win the overall series!”

The fifth leg of the ERM developed into a tough jumping competition with the leader-board being shaken up dramatically after the showjumping and final cross-country phase. The biggest casualty was the overnight dressage leader Bettina Hoy and Seigneur Medicott who dropped to second place in the showjumping following two costly poles. The pair then had an unfortunate run out toward the end of the cross-country putting them right out of contention for a podium finish.

Under 25 British rider Tom McEwen secured the second spot on a score of 56.1 and became the youngest rider to feature on the ERM podium after performing a foot perfect cross-country round on the thoroughbred Diesel. It was a remarkable performance as the horse has been injured and not seen a cross-country fence for two years. Tom, whose stables are based at Gatcombe Park, Gloucestershire, commented; “I am so relieved to be back competing on Diesel. He was fantastic today and is such a class horse. I am delighted for him and also to feature on the ERM podium today.”

Gemma Tattersall secured a British 1-2-3 by finishing in third on 57.7. The eight year old mare Santiago Bay has been an outstanding and consistent horse in the series this year. Gemma has now closed the gap to just one point on series leader Paul Tapner, who held a commanding lead after leg 5 at Gatcombe Park.

Jock Paget and the nine year old Angus Blue unfortunately lost their second place, following a review by the Blair ground jury.  The pair were found to have jumped the wrong side of a flag on the cross-country and were subsequently eliminated from the competition after completing the cross-country.

The final leg of the 2016 Event Rider Masters series is in two week’s at the Blenheim Palace International Horse Trials and with riders best four best scores from the series to count, the £50,000 Leading Rider bonus pot looks wide open. Australia’s Paul Tapner is the overall series leader on 93 points. He finished in sixth place today riding Kilronan, which was the pair’s last competitive appearance together. Gemma Tattersall lies in second with 92 points, Oliver Townend sits in third with 74 and Jonelle Price on in fourth on 71.  All four could potentially scoop the £30,000 first prize so competition at Blenheim will be fierce.

Paul Tapner commented; “We always thought Oliver was well suited to this series and he’s certainly making a strong late challenge, Gemma has also been very threatening on the leader-board in all her ERM starts and Jonelle is a very fierce competitor. I hope my horse Yogi Bear can pull something special out of the picnic basket at Blenheim in order to secure us the series”!

Dont forget you can watch all the action from Blenheim Palace LIVE by clicking here.