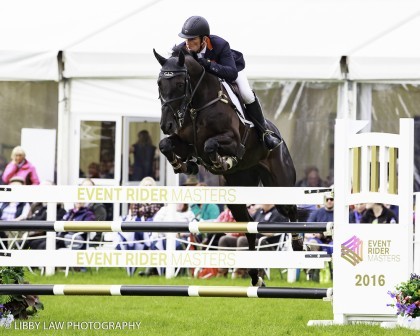 A tight Show Jumping time and the large International Arena at the Blair Equi-Trek International Horse Trials made for an influential second phase.  Gatcombe winner and 2nd placed rider after the dressage, Oliver Townend, piled on the pressure with an impeccable clear round on Cillnabradden Evo as the second last combination to go.  Dressage leaders Bettina Hoy and Seigneur Meddicott could afford the two poles they rolled but not the one time penalty and that dropped them behind Oliver going into the cross country phase this afternoon.  A clear round from Chris Burton and Polystar means they rise two places up to 3rd, with Bill Levett’s faultless performance on Shannondale Titan moving him from 11th after the first phase to 4th after Show Jumping.  Tom McEwen & Diesel complete the top 5 going into the final phase but with the Cross Country time expected to be influential and 24 seconds between the top 5 combinations, it promises to be an exciting climax to Leg 5 of the Event Rider Masters.

Catch all of the Cross Country action this afternoon live from 1.50pm BST.