TV pilot to be filmed at Leg 3 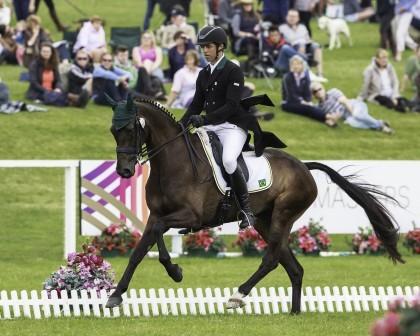 This weekend’s St James’s Place Barbury International Horse Trials is host to Leg 3 of the Event Rider Masters. With eleven nations represented, the winners of both leg 1 and 2 back in action and the British contingent led by four of the five riders named for this summer’s Olympic Games in Rio, the stage is set for another thrilling competition. Leg 3 will be exciting not only as a competition but from the television angle too. For the first time the team behind Event Rider Masters brings you a full television ready production, again streamed for free through www.eventridermasters.tv. With the help of a multiple BAFTA award winning production team, the wonderful setting of Barbury Estate will be used to film the ERM TV Pilot and in doing so you will see new cameras, graphics and special effects come into play. There will be a ‘Jib’ in the main arena, a super slow-mo at the St James’s Place water, a ‘Batcam’ drone flying overhead and a ‘Steadicam’ on the back of a vehicle, all adding to the excitement on cross country day. Dressage starts at 8am on Saturday 9th July.