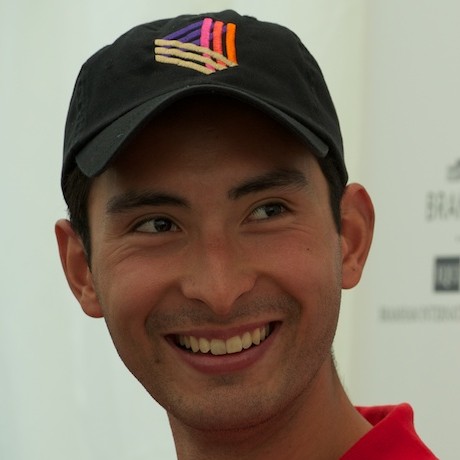 One in a Billion

First rider to represent China at an Olympic Games and the youngest ever equestrian Olympian. He has a real understanding of the tidal swell of support and following that equestrianism is gaining in his home country and is doing all he can to help that.

Alex Hua Tian, who won a Silver Medal for China at the 2014 Asian Games, is the youngest eventer ever to compete at an Olympics as well as being China’s first equestrian Olympian in history.

In 2014, he qualified for three major championships: he was the only Asian event rider at the World Championships (World Equestrian Games) in Normandy; he won a Silver medal at the Asian Games in Korea; and placed 8th in the World Young Horse Championships in France.

With horses at all levels of competition Alex regularly places in the top 10.

Alex was appointed Ambassador for the Asian Games when it was held in his home city of Guangzhou in 2010. That same year, he was awarded a Charisma Award by the Nanfang Press Group for being “stylish, influential & charismatic, but above all having a positive influence on the world around him”.

Alex has been acting as Visit Britain Ambassador since 2011. In 2013, this young Olympian was invited by World Horse Welfare to be their first international patron and during their annual forum at the Royal Geographical Society, to address an august audience from throughout the equestrian world, lead by the charity’s President, Princess Anne.

Alex is proud to represent the iconic gentleman’s clothing and bespoke outfitters to the Royal Family, Gieves & Hawkes. He appears in their global advertising campaign made by the Oscar nominated director, Mike Figgis on location at Lake Como.